Plus, they seem to be the most chaotic morons around. We just had our first copies in our hands and we were planning some dates to present the album in Madrid, Valencia and other places so I guess this is what we had in our minds by then. Voodoo Rhythm had some problems in and almost had to shut down the whole label, did you notice the whole affair? What are your thoughts about it? We didn't know about it. This is the first notice on this so I can't tell. I hope he's not in bad trouble and he can resolve it. There's no bad feelings nor regrets from the band to him although some people might think there are.

We wish him all the luck. Yes,we played a festival with them and some other cool bands last week in Toledo. They're not the three original members but the current ones have been together for years and they're a great live band. Don't miss them when they play in your area. Mike Mariconda was involved in the record, too. What exactly was his part in recording "Viven"? How do you like the finished record and the work of Jorge and Mike? We all agree the record sounds awesome.

The first album was great but with this one they went even further. We went there for a second time cuz we. We didn't pay too much attention on technical issues. Man, those two cats sure know how to make a record! Between the eleven new songs there are five coverversions and you had some coversongs on your debut-LP, too.

Are you some kinda lazy considering songwriting? Yes, you can tell we are a lazy bunch but this is not the reason. We always liked to take a great song and arrange it and play it with our own sound and approach. We also write our own material and every song we play - cover or original - has our on lyrics. This is the way we like it and we'll probably keep doing it this way.

You can also see it as a sort of tribute to the big ones. Is there any special reason that you prefer singing in Spanish than in English? Juanito Wau doesn't speak english at all. We did our first two tours in Europe with him pretending or mocking he was singing in english, he didn't have lyrics at all back then. That was funny for a while but then he started writing some words and they were great so from then on he knew that was the only way to go. He's got a lot to tell and sing and he is good writer.

Unfortunately I don't understand a word of Spanish, so what are your lyrics about? This could be punk lament or punk moan. He is very inspired with 60's latin american and spanish bands who sang about love in a very sour way.

It is all about guilty and regret. But also there are songs about just having fun, not caring at all about anything and destroy, baby, destroy! What kind of audience do you prefer? The perfect audience is an audience ready to have fun and a good time. In the first gigs Juanito used Maybe it is the fact that we are more concerned in playing music and party than in tailor-made suits and ties and haircuts.

We play everywhere we are welcome. Punk shows and festivals mostly. It's always great playing in Valencia! Is all of that true or are you more the nice guys from the neighbourhood, who help old ladies in crossing the street? If we play in your city you bet we'll do our best it doesn't matter the time of the day nor the day of the week. Are we wild? I guess we just let it go. We love what we do and we conceive every show as if it was the last one ever. What you've heard from us is probably true but I don't think the most of the people we met wherever we go is very different from us.

We love to party and have fun and we always get it one way or another. You've already been to Germany for a few shows some time ago. How did you like Germany? All of them nights were good but particularly Kassel is a night we all remember for sure. That was three years ago and we were in our way to Berlin from Amsterdam.

That night was amazing.

We love these guys. We don't have many days to tour in Europe and since we had some commitments in Austria we're doing this area this time. You can always check our myspace. Now, Satu and Molongui are taking care of it and it is always updated. What were his experiences?

Satu is often working as tour manager for bands around Europe. I met them all in Amsterdam while I was there visiting and the guys were really happy with Satu.

Are you still involved with Punkrock or some kind of oldschool-hardcorepunk? Yes, me and Molongui love this shit. 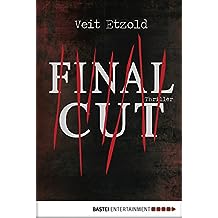 I used to skate everyday to that shit when I was a kid! I still love it today. Okay, that's it from my side! If you wanna drop some famous last words you can do it here: I'd just like to thank you for the interest and patience with us.

Thanks a lot and come see us. We'll tour Germany as soon as we can. Thanks for the interview Isidro! This is Juanito playing all instruments at a time with his mouth. He plays old garage-punk, surf and boogaloo classics and some originals too. Wow, this sounds very crazy! I don't get how this could work?! How does Juanito play all the instruments at one time?


Does he actually play them or is he imitating the sounds of the instruments with his voice? He actually imitates the sound of all the instruments at a time. In we did this tour in Italy with Pete Menchetti boss of Slovenly Recs and Juanito was doing it in the van just to entertain the band during the drive. Pete started to record him and eventually did a party-record session at his house when he was living in Valencia. This session is meant to be a record some day. Sounds great!

So Juanito is doing this crazy one-mouth-garage-stuff. But we already talked some of your punk-influences CRKO 0. Then one day at a jam, I showed them a song I had on the organ, and Dave picked up the drum sticks… it was pretty obvious that Dave, in addition to being a talented guitar player, was also capable of beating the shit out of a drum kit… plus, the idea of a punk band with a keyboard was exciting. So we changed gears, changed the lineup, wrote a halfdozen songs, and recorded our first demo.

Since then, it's been myself, Steve and Emmanuel writing the songs. Basically, we each write the songs that we sing, obviously with a little bit of filling-in and idea sharing in the process. I'd say the band has developed too. Great band, great music, great people! Okay, let's start with the basics. They're less active now than they used to be, but when they do play it's always an amazing show. Ian had just moved back to Ottawa and was looking to start a band with Steve. The two of them had been friends in high school. At first, Ian was drumming and I was playing guitar, but it just didn't feel right.

Oh ya, and I play drums in Steve's solo project.

I like to keep pretty busy, I guess, haha. So good.